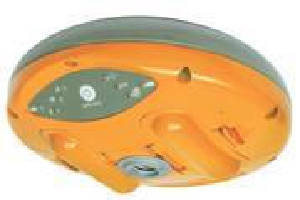 Torrance, CA – Altus Positioning Systems today announced the introduction of its new APS-NR2 RTK surveying receiver. The new product is being previewed at the 2014 Geo Business conference and exhibition in London May 28-29, and will be commercially available in July.

The APS-NR2 is Altus’ second-generation RTK rover, building on the highly successful APS-3 product series. It features an easily accessible on-board Web interface and integrated Wi-Fi for easy remote configuration and status monitoring, as well as Bluetooth for real-time data streaming, providing true cable-free operation. In parallel to RTK positioning, data can be recorded on a removable 2 GB SD memory card for post-processing.

The new Altus receiver comes with two Li-Ion batteries. It has a built-in USB battery charger, as well as a separate two-bay external charger. The batteries are hot-swappable, allowing uninterrupted productivity on the job.

With Altus’ open-architecture philosophy, the user has a choice of data collector software from Carlson SurvCE, MicroSurvey FIELDGenius or direct interface to Esri ArcGIS Online, as well as proprietary customer-developed software.

Founded in 2006, Altus Positioning Systems has its corporate headquarters and manufacturing facilities in Torrance, CA. The privately held company provides high-precision GNSS surveying equipment through an international network of sales representatives in key countries around the world. For more information, visit www.altus-ps.com.