Victor, NY -- New Scale Technologies, Inc. (www.newscaletech.com) today announced delivery of a prototype rotary piezoelectric micro drive system that represents a major advance over servo drives for use in UAVs and micro-UAVs, micro assembly and many other applications.

Unlike servo drives, the new rotary drive has no measurable jitter, holds position without power, and generates no magnetic fields. At 44 x 44 x 36 mm the prototype is also smaller than a servo drive, and offers higher position resolution. It exhibits excellent velocity, acceleration and repeatability characteristics. Measured performance includes:

• Wobble in the arc-second range

The use of the piezoelectric SQUIGGLE motor in the stage eliminates the problem of jitter. Ultrasonic vibrations of piezoelectric elements drive the motor, which locks into position and holds it even when power is off. In contrast, servo drives use an active control loop to continually seek a target position, resulting in unavoidable jitter and requiring continuous power use. Furthermore, the piezoelectric motor generates no magnetic fields when moving, eliminating a source of potential interference with sensitive instruments in the OEM system.

This ground-breaking prototype is a refinement and extension of New Scale's rotary piezo motor technology developed in part under an SBIR grant with the US Navy. (http://www.newscaletech.com/press-releases/pr110309.php) It demonstrates the rotary actuator in a small, precise and smart motion module, designed for ease of use. New Scale's customer was able to set up and begin using the prototype system in minutes. Ongoing development will reduce module size 50% while integrating the breadboard electronics into the stage with New Scale's motor drive ASICs.

The prototype is available now as a basis for custom development projects with OEM customers.

New Scale Technologies (www.newscaletech.com) develops small, precise and smart motion systems for critical adjustments of optics in imaging devices, and many other micro positioning applications. Our simple and elegant solutions deliver best-in-class performance in consumer imaging, biometric authentication, aerospace and defense, medical devices, scientific instruments, haptic systems and many other markets. We design and manufacture custom products and license our technology to manufacturers worldwide. Our customers benefit from complete motion solutions that are tailored to their unique requirements and easily integrated into their next-generation instruments.

New Scale Pathway is a trademark and SQUIGGLE(r) is a registered trademark of New Scale Technologies.
Share 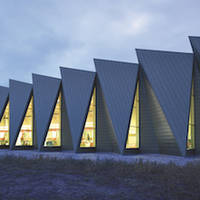 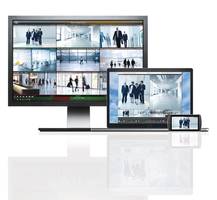 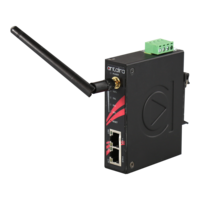