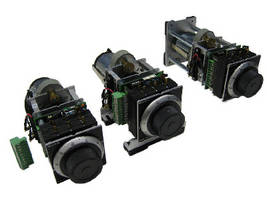 In addition to analog input/output control, the MR266/MR267 series offer additional features. Three user-adjustable trimpots determine the MIN (4mA/0V input), MAX (20mA/10V input) and SPEED (10-120 seconds) set points. An OVERRIDE mode option allows the system engineer to define how the unit shall respond when a user tries to manually override the unit via the front panel knob. Setting the OVERRIDE DIP switch to ON disables analog input control until a Reset is performed. The optional MR267A OVERRIDE Pushbutton/LED indicator assembly is offered as a turn-key accessory for use with the OVERRIDE mode.

EXAMPLE. A systems engineer wants to automate the speed control of motor drive system which is manually controlled via a 2W potentiometer adjusted within the range of 10-85 Ohms. The engineer has a PLC interface available with 4-20mA programmable output. The user would specify an MR267 configuration with a non-isolated 4-20mA input and 100 Ohms potentiometer. Upon receipt of the unit, he would then set MIN (4mA input) corresponding to 10? potentiometer setting and MAX (20mA input) corresponding to the 85 Ohm position. NOTE: The factory default settings are: MIN=0?, MAX=100? and SPEED=10s.

Micronor is a leading supplier of reliable and rugged components for industrial automation and process control industries as well as military, aerospace, medical and other harsh/hazardous environmental applications. Motion control products include encoders, resolvers, cam timers, programmable limit switches, motorized potentiometers, pulse generators, handheld pendants and custom engineered feedback and control units. Micronor was founded in 1968 and has regional headquarters in both the United States and Europe. 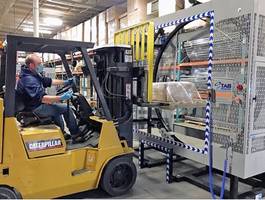 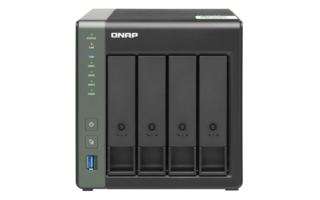 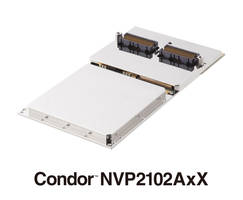