Family of x86 low-power Quad-Core AMD Opteron(TM) HE (Highly Efficient) processors are available in 5 versions that include 4 processing cores and integrated memory controller in 55 W ACP thermal envelope. They are available in both 2300 and 8300 Series for two-, four-, and eight-way rack servers and blades.

"Our new Quad-Core AMD Opteron HE processors were designed to help datacenter managers who see power consumption and virtualization as the keys to solving their overall performance equation," said Randy Allen, corporate vice president and general manager, Server and Workstation Division, AMD. "These new processors which feature AMD's advanced power management and virtualization innovations offer a compelling platform for power-conscious datacenter managers who are changing the way they think about performance."

Quad-Core AMD Opteron HE processors are available in both the 2300 and 8300 Series for two-, four- and eight-way rack servers and blades. The new processors have set new performance records among comparable x86 energy-efficient processors, such as top scores for SPECfp_rate2006 in both two- and four-processor configurations, offering businesses of all sizes the exceptional scalability and efficiency benefits of AMD's unrivaled Direct Connect Architecture. 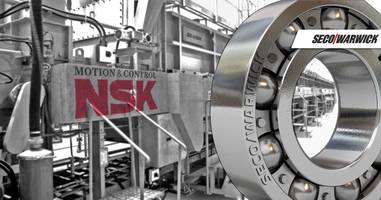