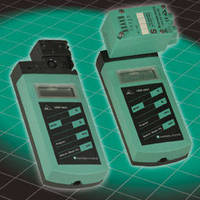 Set-up and Troubleshoot AS-Interface Networks Easier Than Ever Before with New AS-Interface 3.0 Handheld Programming Device from Pepperl+Fuchs

"These programmers don't stop at addressing. In fact many significant functions, including reading inputs and setting outputs, can be performed remotely with the handheld. For instance, if a user is in the field and isn't sure if a valve is working properly he can disconnect the valve from the network and replace it with the programmer. After doing so the handheld will automatically provide the address and go to data mode where the valve can be stroked and the limit switches can be read directly on the display," says Tim Cicerchi, Product Manager, Industrial Bus and ID Systems, Pepperl+Fuchs.

The AS-Interface 3.0 Handheld is an enhancement to the company's version 2.1 programmer, and offers a number of significant new features, including:

o Support for specification 3.0 profiles, with the ability to set outputs on 4in/4out modules with extended addressing

o Semi-automatic addressing, where the unit stores previously programmed addresses for quick programming of an entire network, while minimizing the chance of a duplicate address

o Faster address programming, where arrow keys and a program button are the sole requirements to set the module address

These battery-powered (battery charger included) handheld programmers provide short circuit and overload protection of the slave connection. They are IP20 protected and rated for use in temperatures ranging from 0 ... 40°C (32 ... 104°F).