To facilitate navigation and to offer testing flexibility for critical applications, eLoad models are available with Virtual Panel interface. Virtual Panel provides all important functions, operating modes, and configurations in form of quick navigation keys as well as user settings that can be saved to memory and reloaded. Additional features include Voltage/Current/Power read back, programmable Voltage/Current/Power read back sampling time, and protection status monitoring.


The Industry's Most User-Friendly Programming Interface Just Got Easier

For the user whose time is too tight to read through the manual, just download the eLoad's Virtual Panel, connect the system and you are ready to go! AMREL's Virtual Panel provides all important functions, operating modes, and configurations in the form of quick navigation keys, and user settings that can be saved to memory with a single click and reloaded each time

For users working with computer interfaces that require precise control, SCPI commands entry, or a drop-down menu with frequently used commands, just select the eLoad's program and connect via one of the eLoad's many programmable interfaces.

For users working with complex or long command routines, command lists can be programmed via a text file and imported into AMREL's eLoad Virtual Panel for automatic eLoad operation. 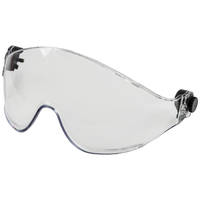