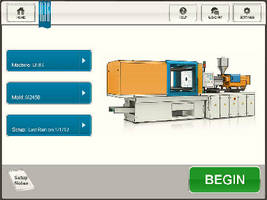 
RJG's advanced process monitoring and control system is now even simpler to use, than any other system on the market today. The new touch screen friendly eDART interface still enables you to minimize inherent process variation that is common in molding facilities and allows you to produce repeatable parts of superior quality. By controlling the process and implementing part containment you guarantee that no bad parts ship to your customers.

The key advantages of the eDART System are: