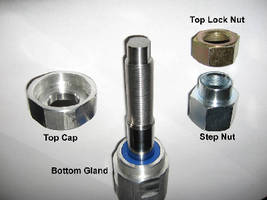 
Litchfield, IL - Worksaver, Inc. introduces the new QuickChange(TM) system featuring the SplitCap(TM) and enhanced cylinder rod design for Worksaver's HPD Series Post Drivers. The QuickChange system allows the rod cap seal to be changed without removing the cylinder from the driver, reducing a usually 4-hour job to less than 20 minutes. The patented QuickChange(TM) system paired with the SplitCap(TM) is unique to Worksaver's post drivers. This new labor savings system was also added without an increase in cost to the HPD Series Drivers.