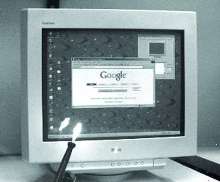 VisGaAs(TM) sensors enable visible and near-IR imaging on one photodetector; both images can be simultaneously acquired, displayed, and analyzed for comparison. Products operate in 400-1,700 nm wavelength and include unclooled VisGaAs focal plane arrays. Suited for laser-based applications, sensors may also be used for spectroscopy and daytime/nighttime covert surveillance operations.

VisGaAs sensors can be used in many laser-based applications which are found at 850 nm. Other applications for VisGaAs include spectroscopy and any other tasks requiring two sensors to cover the spectral region from the visible to 1700 nm. Simultaneous imaging using ambient visible illumination and NIR laser illumination, and daytime/nighttime covert surveillance operations are two more areas which would benefit from the use of Indigo's new VisGaAs FPAs.

Indigo Systems Corporation, based in Goleta, California, is a premier developer and supplier of advanced infrared cameras and components, covering the entire infrared spectrum including near-, midwave-, and longwave-IR. Since 1996, Indigo has provided IR cameras, software, and enclosure solutions for commercial, industrial, security, military and R&D applications. Indigo Systems is a next-generation IR company, whose unique structure and mix of commercial and defense expertise allows it to deliver military-grade infrared products while driving down costs to enable new, commercial applications of infrared cameras.
Share