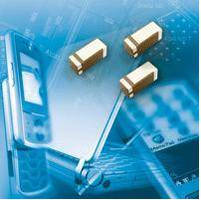 According to the Swedish Berg Insight forecast, global GPS shipments will expand at an annual compound rate of 26.2% to 560 million units in 2012 from 175 million in 2007. The steady growth will be underpinned by increasingly dynamic GPS applications which extend beyond Portable Navigation Devices (PND) to smart phones, personal navigation devices and notebook computers.

Founded in 1977, Yageo Corporation has become a world-class provider of passive-component services with capabilities on a global scale, including production and sales facilities in Asia, Europe and Americas. The corporation is uniquely positioned to provide one-stop-shopping, offering its complete product portfolio of resistors, capacitors and inductors in both commodity and specialty versions, plus design-in capability, distribution, e-commerce connection and logistics. Yageo currently ranks as the world No.1 in chip-resistors, No. 3 in MLCCs and No. 3 in ferrite products. Yageo Corporation has 20 sales offices, 8 production sites, 6 JIT logistic outfits and 3 R&D centers.