Condensate After Coolers/Leg Assembly mix hot water with cold water, resulting in liquid temperatures acceptable for municipal sewage and local codes. Installed after flash tank, blow down tank, or condensate receiver, after cooler is supplied with check valve, cooling valve (Â½, Â¾, or 1 in.), and thermometer. Unit can be mounted horizontally or vertically, and self-acting thermostatic cooling valve can be field-adjusted to desired set point from 77 to 150Â°F.


Cemline Corporation introduces the Condensate After Coolers/Leg Assembly designed to cool condensate or hot water. The after cooler (AC) assembly mixes hot water with cold water resulting in liquid temperatures acceptable for municipal sewage and per the local code. This packaged after cooler is perfect to be installed after a flash tank, blow down tank, or condensate receiver as condensate should be flashed before entering the condensate after cooler.

This unit is versatile as it can be supplied to be mounted either in a horizontal or vertical position.

The Condensate After Cooler is supplied with check valve, cooling valve, and thermometer. The self acting thermostatic cooling valve can be field adjusted to the desired set point between 77 and 150°F. The valve opens as temperature increases on the bulb.

For more information on the AC:

For more information on Cemline Corporation: 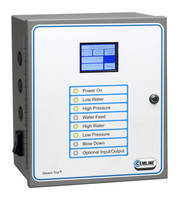 Solar Water Heaters come factory-packaged and ready for use. 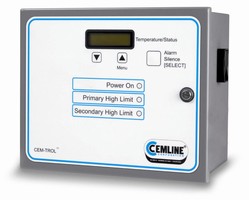