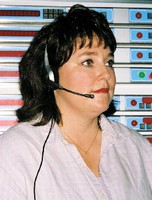 The Voxware Integrated Speech Recognition Engine (VISE(TM)) is specifically designed for use in highly demanding industrial environments and is widely considered the strongest speech recognition engine on today's market. In head to head competitions VISE outperformed the competition, delivering the best recognition rates and greatest ease of use in the industry for both highly demanding industrial settings and multilingual environments.

Utilizing speaker dependent technology, each order filler is able to build his/her own custom profile, or "voiceprint", which translates to greater accuracy and overall efficiency. EASYpick Voice uses a continuous speech recognizer, powered by Voxware®, enabling order fillers to communicate with the system in a natural, steady fashion, unlike users of discrete speech recognizers who must pause after each word, number or letter.

Distribution centers and warehouses can be very noisy environments. This is not a problem for EASYpick Voice, as the VISE(TM) speech recognition engine allows users to build multiple profiles by sampling fluctuating levels of background and ambient noise across various work zones. Standard noise-canceling microphones further reduce the chance of work interruption.

Picking errors in order fulfillment operations can be extremely costly, both in terms of customer satisfaction and exorbitant returns processing costs. Even small productivity gains translate to significant savings and improved customer satisfaction. EASYpick Voice increases accuracy and productivity, and enables your operation to catch problems before they become costly.

Voxware® is a registered trademark of Voxware, Inc.