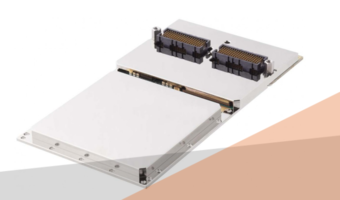 Based on the NVIDIA® Quadro® Pascal™ (GP107) P2000 GPU architecture and providing up to 2.3 TeraFLOPS of peak performance, target applications for the new board include those that require very high-end graphics capabilities or CUDA® support when performing general purpose processing, and that require raw video capture and display. The NVP2102A is competitively advantaged by its provision of four 3G-SDI inputs – twice the number typically found. It also provides two NTSC/PAL video inputs as well as supporting two audio inputs. Video output is via two 3G-SDI and two DVI or DisplayPort™ interfaces.

Of particular note is the NVP2102A's support for direct video capture to GPU memory. This significantly reduces latency, minimizing glass-to-glass time – enabling the delivery of actionable information in closer to real time. The input resolution of incoming video is automatically detected and raw video frames are transferred directly to GPU memory (or host memory). In GPU memory, processing such as image analysis, image enhancement, 360-degree video stitching, sensor fusion, target detection and so on takes advantage of the extraordinary capabilities of NVIDIA GPGPU (CUDA/OpenCL™) technology to deliver output to the user far faster than would otherwise be possible. The captured data can also be encoded using the GPU-native H.265 (HEVC) or H.264 encoders directly in GPU memory. Windows® or Linux® drivers and API are available for x86 systems.

"With the NVP2102A, we're delivering the kind of performance and functionality on an XMC card that, until recently, would have required a full size card – occupying a valuable chassis slot," said Peter Thompson, Vice President, Product Management at Abaco Systems. "Not only does the NVP2102A minimize SWaP, but it also features the advanced capabilities of the latest NVIDIA GPU and no fewer than four video inputs. In addition, its architecture enables it to deliver reduced latency – addressing a significant challenge for developers of advanced video and graphics processing applications."

The NVP2102A supports Abaco's AXIS ImageFlex. AXIS ImageFlex is an image processing and visualization toolkit enabling rapid development of high performance image processing, visualization and autonomy applications aimed at size, weight and power (SWaP) sensitive platforms. It is focused on high performance GPU processing and graphics with interoperability with other programing paradigms such as OpenGL™, OpenCL, CUDA and OpenCV.

The NVP2102A is offered in conduction cooled or air cooled variants with rear XMC I/O on Pn6. The rear XMC pin-out is compatible with VPX systems that follow VITA 46.9 x12d+x8d+24s. 3U VPX and PCIe™ form factors are supported with carrier boards.

Announcement of the NVP2102A brings the total number of Abaco NVIDIA Quadro Pascal-based video/graphics XMCs to three. The NVP2000 is designed for graphics generation/output, supporting three DisplayPort 1.4 ports capable of 4K resolution @ 60Hz. These can be converted to DVI or VGA with adaptors. The board consumes up to 32W, dependent on the application and power configuration. The NVP2000 also supports H.265 (HEVC)/H.264 (MPEG-4 AVC) encode/decode.

Also based on NVIDIA's Quadro Pascal technology are the recently-announced 3U VPX GR2 and GR4 graphics processors, each delivering up to 6.4 TeraFLOPS of performance and offering up to 4.5x the performance of their predecessor, Abaco's GRA113 video/graphics board. The GR5 3U VPX graphics board provides an alternative price/performance/functionality option.

With more than 30 years' experience, Abaco Systems is a global leader in open architecture computing and electronic systems for aerospace, defense and industrial applications. We create innovative, modular solutions based on open standards that are characterized by outstanding price/performance, ultimate rugged reliability and minimal SWaP. Our goal is to be a significant contributor to our customers' success, partnering with them to reduce cost, time-to-deployment and risk and supporting them over the long term. With an active presence in hundreds of national asset platforms on land, sea and in the air, Abaco Systems is trusted where it matters most. www.abaco.com