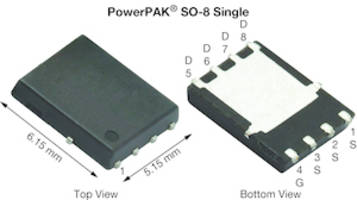 Offered in PowerPAK® SO-8 Single Package, Device Features Best in Class Gate Charge of 52 nC and Output Charge of 68 nC

The MOSFET is 100 % RG- and UIS-tested, RoHS-compliant, and halogen-free.

Samples of the SiR626DP are available now. Production quantities are available with lead times of 30 weeks subject to market conditions. Pricing for U.S. delivery in 1000-piece quantities is approximately $1 per piece.

TrenchFET and PowerPAK are registered trademarks of Siliconix incorporated.