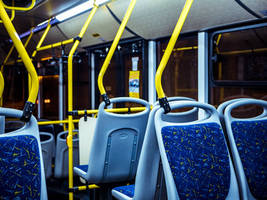 Houston, June 25, 2020 /PRNewswire/ -- BioX Pro, the U.S. based wholly-owned subsidiary of BioX Group, a leading chemical provider, supports the transportation industry and its users with a new protective coating. Airports, train, subway, and bus terminals, as well as airplanes, train cars, and buses can now rely on a long-lasting protective shield to keep their travelers and staff safe. BioX Pro is a highly engineered coating that incorporates a powerful antiviral, antimicrobial, antifungal additive. The additive is EPA registered and used worldwide in the healthcare, food, textile industries among others. BioX Pro has paired this powerful antimicrobial to a blend of strong halogenated polymers that bonds to most interior and exterior surfaces Once dry, it can be observed readily as a non-toxic, non-staining, thin film that remains on the surface of items. BioX Pro's protective qualities stay active for up to 90 days as compared to other commonly used aerosols and disinfectants which may last only a few days. Further, extensive testing has gone on to prove effect treatment of its active component against many viruses, bacteria, and mold, most notably, it is effective at destroying coronaviruses. One gallon of BioX Pro may be used to cover up to 4000 sq. ft of surfaces, a more active version is expected to be available soon.

"We've tested BioX Pro on many of the surfaces commonly found at transportation centers and the results are undeniable: not only does BioX Pro kills bacteria and destroys viruses, it adheres to those types of surfaces for months, staying in an active state of protection."

BioX Pro and its proactive coating will be a critical component in maintaining the health and safety at airports, train stations, and other mass transit locations. From trays to counters, from armrests to doorknobs and handrails, all surfaces can be safe to the touch of the general public. BioX Pro will play a key role for these public places staying virus and bacteria free by applying it on high touch areas such as restroom doors, elevator buttons, gate/platform furniture, and countertops. Users will be able to open doors, go up or down escalators or rest their hands without concern.

"BioX Pro, if applied to all surfaces in the cabin of an airplane, train, or bus, could encourage folks to feel safer while traveling. Further, keeping airport terminals and train stations virus and bacteria free is the logical extension of the safety net BioX Pro is specifically designed to create. Envision a surface that stays virus free and makes the travel experience feel safe again."

BioX Group is part of Quima International, LLC a Texas based company with over 20 years in the industry. The companies are headquartered in Houston, TX with additional offices in Monterrey, Mexico. BioX Group's Chemical Engineering Department is led by a member with polymer and resin experience from PPG Industries; the world's leading paints and coatings company.