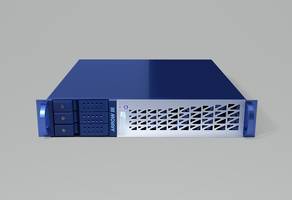 Debut of The Most Powerful 3G/HD Entry-level Production Server from Slomo.tv

The powerful, quiet and affordable Arrow III is a cost-effective entry level server for professional television production and is positioned as a workhorse for broadcasting sports events of any level of complexity and recording for NLE of various TV shows.

Slomo.tv continues to reduce prices, while improving the quality of its servers and expanding their capabilities. The new compact size server with wide set of available options can be compared to larger powerful systems.

Arrow III comes in one standard 662 configuration: 6 recording + 6 search + 2 playback channels + FX. However, thanks to its slomo.tv architecture, it can also work in a 772 configuration.

Uniquely, Arrow III is the only 2U server on the market which can be used not only for instant replays, but also for NLE recording without any external equipment on removable hard drives. The built-in DMR™ Racks make it a self-contained versatile system. In its basic configuration, the server has three built-in DMR™ Racks for standard 3.5" SATA hard drives. With DMR™ option, the system can record up to eight channels of incoming HD video on removable media or NAS via a high-speed 10GbE interface which also enables integration of the server into high-speed networks for work in the studio or OB Van.

The system was developed taking into account user feedback. Large, low-noise fans on the front panel of the server ensure virtually silent operation. When ordering, customers can select between affordable HDD or high-performance lightweight and reliable SSD.

Arrow III provides recording of up to 400 hours of HD 100Mbit video. The new server comes in two basic configurations:

See Arrow III and other replay servers at IBC 2019 booth 8.B40. To book a meeting, please contact info@slomo.tv