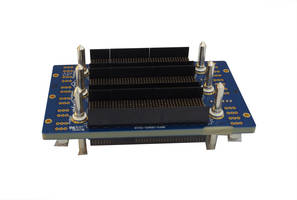 The first in the series of Pixus KVPX backplanes is a 3U 3-slot version. Compliant to the VITA 63.0 Hyperboloid Alternative Connector for VPX standard, the backplane features a BKP3-CEN03-15.2.9 routing profile. Options include conformal coating and the installation of Rear Transition Module (RTM) connectors. The initial design was built to support PCIe Gen3 speeds, but Pixus offers versions of its standard OpenVPX backplanes up to 100GbE.