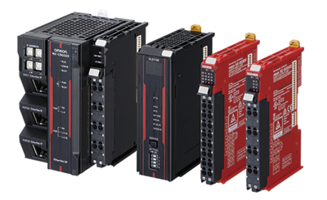 Industry-leading automation solutions provider Omron Automation Americas recently developed a new safety controller featuring both CIP Safety and Safety over EtherCAT. As the maker of the world’s first controller supporting both protocols, Omron can now address 40% of the safety network needs of the global market.

Hoffmann Estates, IL., September 10, 2018 – The CIP Safety networking protocol has gained popularity among industrial robot manufacturers thanks to its ability to enhance flexibility and facilitate advancements in the industrial internet of things (IIoT). This protocol is now supported by a new version of the NX-series safety controller from Omron Automation Americas, a provider of innovative solutions for industrial automation.

This addition means that the new controller is the world’s first to support two industrial safety networks – CIP Safety and Safety over EtherCAT (FSoE), a protocol favored for its high-speed response. The controller is optimized to support applications in industries like automotive manufacturing and food factories where a wide variety of products are produced and production lines are frequently modified.

Features of the new NX-series safety controller include the following:

As the largest safety networking protocol, CIP Safety enables communication between nodes such as PLCs, I/O blocks, light curtains and interlock switches. Unique among safety network protocols, it was developed to be network- and media-independent as a fundamental part of its design philosophy. It enhances flexibility by allowing safety and standard control devices to reside on a single network, thereby eliminating the need for purpose-built safety networks.

Flexibility is extremely important as production becomes more globalized and high-mix production becomes the norm. The main challenge of flexible manufacturing is its high level of complexity. The new version of NX safety network controller helps manufacturers introduce flexibility into their production lines while keeping design effort and maintenance time to a minimum. It enables quick and easy safety program design and improves the efficiency of safety management and maintenance.

The new controller is also scalable from large automotive production lines to small parts production lines. With both CIP Safety and Safety over EtherCAT, Omron’s latest solution addresses 40% of the global market’s requirements for safety networking.

In addition to the new hardware, enhancements have been made to the programming and configuration software. Sysmac Studio now offers functions such as automatic programming, safety data logging, online functional test and third-party CIP Safety device connectivity that includes industrial robots. 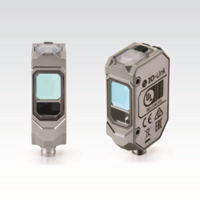 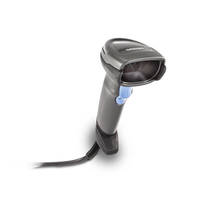 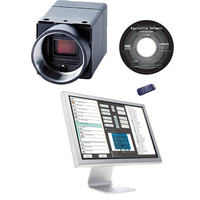 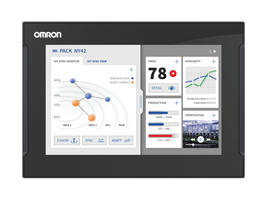