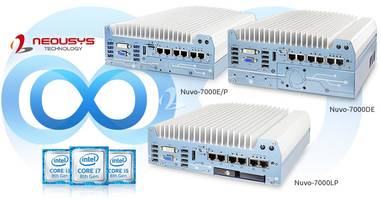 About Neousys Technology
Established in 2010, Neousys Technology designs and manufactures rugged embedded modules and systems with core expertise ranging from embedded computing to data acquisition and processing.
Our dedication to innovate and integrate practical application-oriented functions set us apart from the rest and our products are ideal solutions for automation, machine vision, transportation, GPU computing, surveillance and video analytics.