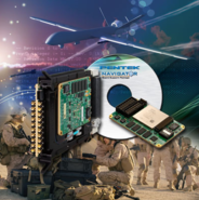 “The combination of the Navigator Design Suite and Quartz Architecture deliver some of the highest performance RFSoC FPGA designs available today,” said Robert Sgandurra, director of Product Management. “These enhancements demonstrate our commitment to providing our customers with the best tools possible to optimize our hardware for their applications.”

Extended Support for the Quartz Family of RFSoC

Pentek’s family of Quartz products based on Xilinx’s RFSoC deliver an unprecedented amount of functionality in a single board. Both Navigator FDK and BSP have been extended to support this functionality.

The Navigator BSP adds new software resources for RFSoC ARM processors running Xilinx’s PetaLinux. In addition to drivers, software modules and example programs, the BSP now includes an API command processor application so that Quartz boards can be controlled by high-level commands received through the board’s PCIe or 1 GigE interfaces. Pentek provides a full library of API commands for all the most commonly used functions. As with all Pentek BSPs, full source code for the API command processor application is provided so developers can expand or modify the API set as needed for custom functions.

The Navigator BSP includes new example programs for using the full set of evolving hardware features and IP core functions. Each example can be used as is, or its source code can be modified down to the lowest levels for custom operation.

Pentek’s Navigator™ Design Suite was designed from the ground up to work with Pentek’s Jade and Quartz architectures and Xilinx’s Vivado Design Suite® providing an unparalleled plug-and-play solution to the complex task of IP and control software creation and compatibility. Graphical design entry for Xilinx and Pentek AXI4-compliant IP modules using the Xilinx IP Integrator greatly speeds development tasks.  With a software library structure designed to match the structure of the IP cores, Navigator simplifies the task of managing synchronization between IP and software development. The Navigator BSP is available for Windows and Linux operating systems.