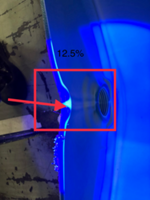 The Kortrax® Barrier Resin is designed for food applications that require resin to prevent permeation and oxygen contamination. The resin is offered with optical tracer features that identifies the presence within Baritainer® using UV flashlight. The products act as the barrier to liquid product packaged within the walls of HDPE container. The Kortrax® Baritainers® are sustainable, environmentally friendly and are recycled.

Kortrax® utilizes the same platform as Quoral® - a polyamide base – with the addition of other polymers to improve both the chemical permeability performance profile and the oxygen transfer rate (OTR) of HDPE containers. Kortrax® constructed containers, trade marked as Baritainers®, can safely transport solvent based products such as household chemicals, industrial chemicals, cleaning solvents, adhesives, wood preservatives, automotive additives and agricultural chemicals.

Baritainers® made w Kortrax® BR offer a cost-effective alternative to other barrier package technologies such as: fluorination, steel, tin plate and polyvinyl chloride (PVC) resin. Kortrax® Baritainers® are also a sustainable and an environmentally friendly alternative to EVOH multi-layer containers in that they can be recycled. And since there is no post-manufacturing fluorination, a reduction in carbon emissions results from the elimination of transportation between the bottle manufacturer and the fluorination treatment facility. Finally, any concern of human exposure to polyfluorinated compounds like PFOS and PFOA is mitigated.

Kortrax® Baritainer® bottles are produced via selected licensed HDPE container manufacturers. They are marketed and sold by Barrier Plastics, BP Polymers’ sister company, and its licensed manufacturers to their respective customers in various markets. Moreover, Barrier Plastics® also works with various distributors as listed on the barrierplastics.com website.

Kevin Callahan, COO, BP Polymers, stated, “We look forward to working with our manufacturing partners in presenting the new Kortrax® Baritainers® to various end user customers in multiple markets. With this launch of Kortrax® BR the Quoral® brand will now be retired as we focus on producing the Kortrax® BR HPDE containers, building upon the very positive acceptance and growth of Quoral® BR in the packaging industry. Both BP Polymers and our licensed manufacturers working together will offer a unique and proven mono-layer HDPE barrier container technology to solve customer requirements in a very cost effective and sustainable manner.”

ABOUT BP POLYMERS, LLC
BP Polymers was founded in 2009 after years of extensive materials research and product development. Based in California, BP Polymers is the sole US manufacturer of Kortrax® Barrier Resins. BP Polymers’ sister company, Barrier Plastics, Inc., is also located in Southern California and is the home of Baritainers®. For more information, please visit us at bppolymers.com or barrierplastics.com.