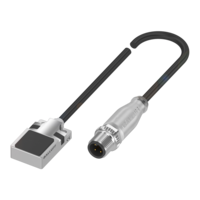 "The development of these new welding-oriented inductive sensors is completely market-driven," says Shawn Day, product marketing manager for Balluff. "We at Balluff are constantly listening to the expectations of our customers in the automated welding industry, and they told us that tougher sensors are needed."