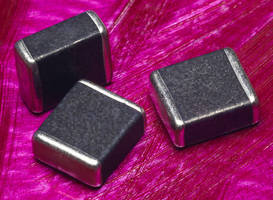 KOA Speer's new multilayer varistor offers voltage ranges from 20 ~ 45 V1mA as well as maximum clamping voltages between 40 and 60 V1A, with an operating temperature range between -40°C~ +125°C. The NV73DS varistor features symmetrical non-linearity V-I characteristics, ideal for maximum absorption of both positive and negative surges, and has a high resistance to cyclic temperature stress.

Suitable for flow and reflow soldering, the NV73DS varistor provides protection from load dump surge for electronic automotive devices and semiconductor elements, as well as other applications in the industrial and automotive markets.