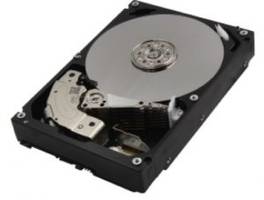 The continuing progress of digitization, most recently the quickening expansion of IoT and the increasing reliance on cloud services means that more information is being generated and stored than before, and that the rate of its creation only continues to increase. The data centers and cloud-based services that use this data constantly require higher-capacity, higher-performance HDDs.

MG06 series HDDs deployed an improved magnetic recording head and disk magnetic layer, and now deliver up to 10TB of capacity with air-based HDDs, a 25% increase over the maximum capacity of the earlier MG05 series. The HDDs achieve a sustained transfer rate of 237MB/s, and a 25% improvement in operating life that boosts MTTF to 2,500,000 hours. These improvements in capacity, speed and reliability can contribute to the lower system TCO.

The new HDDs support both industry-standard 512 emulation (512e) and 4K native advanced format sector technologies, for use in legacy applications requiring 512 sector lengths using aligned-write environments, and are also suitable for the latest generation of servers and storage systems.