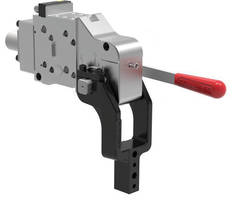 Available with or without sensors, 52H-3E series includes 2 sizes, models 50 and 63, with respective max holding force ofÂ 960 and 1,330 lb-ft. Completely closed aluminum housing protects inner mechanical parts from weld splatters, and opening angle is almost infinitely variable with adjustments from 0Â° to 135Â°. Mounted on left or right, manual levers options include H0 model that installs in different positions and HS model that can be welded on as desired (even at axially bent angle).

Auburn Hills, Michigan – With the new 52H-3E series, DE-STA-CO is offering a very individualized, adjustable manual power clamp primarily for prototype fixtures. The manual power clamps are available in two sizes – 50 and 63. They have a completely closed aluminum housing that protects the inner mechanical parts from weld splatters. The opening angle is close to infinitely variable with adjustments from 0 to 135 degrees. An Allen key is used to open the retaining mechanism and to clamp it again to the desired setting.

There are two manual levers available that can be mounted on the left or right. While the "H0" model can be installed in different positions, the "HS" model can be welded on as desired, even at an axially bent angle, thus utilizing the ergonomic position. There is a large array of U and side clamping arms available.

The models of the new series are available with or without sensors.  Colored LEDs reliably indicate the current status of the clamp: Green means ready for operation; yellow and red indicate that the clamp is in open and closed position, respectively. In order to prevent damage, the sensors are divided into two parts: The sensors are in the clamp; the connector shell with the LEDs is accessible from the outside.

Celebrating 100 years of innovation in 2015, DE-STA-CO is a global automation and workholding company that provides productivity solutions to the manufacturing industry. Quality and service have helped DE-STA-CO evolve from a single stamping shop into a leader in the design and manufacture of cost-reducing, flexible products. With operations in the United States, Brazil, China, France, Spain, Germany, India, the Netherlands, Thailand and the United Kingdom, DE-STA-CO offers standard and custom solutions for industrial customers around the world. DE-STA-CO is part of the Engineered Systems segment of Dover Corporation, a multi-billion dollar diversified global manufacturer.
Share 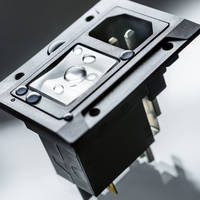 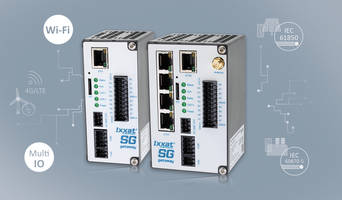 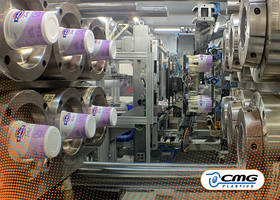