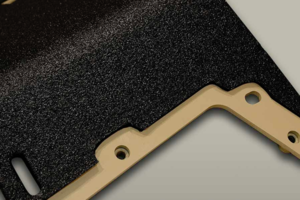 LINE-X’s PAXCON is designed to protect the user from explosions, keep structures intact and give time for those around to reach safety. PAXCON features a mechanical bond that is formed when applied to walls, elongation, and increasing strength upon a blast.

HUNTSVILLE, Ala., Oct. 8, 2018 /PRNewswire/ -- PAXCON® by LINE-X®, a division of IXS Coatings, is a military-grade polyurea protective coating designed to provide superior protection from explosions. PAXCON was recently put through extensive blast-testing equivalent to a car bomb explosion and proved itself as an extremely effective solution for maintaining structural integrity and reducing the effects of flying debris following a high-powered explosive detonation. When applied as part of a comprehensive protective measure against terror attacks and other dynamic events, PAXCON aids at keeping structures intact giving occupants valuable time to reach safety. Currently in use on the Pentagon and several other high-profile government and commercial facilities, PAXCON has been used for years to keep people safe from attacks.

The testing was planned and designed by Stone Security Engineering, PC and conducted by Stone-OBL, LLC at their large blast and extreme loading testing facility in Bend, Ore. The test program compared the effects of an open-air high-powered blast with ammonium nitrate and fuel oil (ANFO) equivalent to a car bomb explosion on uncoated and PAXCON-coated unreinforced cinderblock walls. The test walls, measuring 8-feet tall, 8-feet wide and 8-inches thick, were subjected to identical blast-design threats at a standoff of 30 feet and were then examined by load-testing experts for the effects of damages. As expected by the PAXCON engineers, the results were nothing short of impressive.

The uncoated wall was completely destroyed and became a flying debris hazard and while the PAXCON-coated wall showed effects of the blast, the interior and exterior coating layers remained structurally intact, contained all masonry debris, and suffered almost no effects of fragmentation. When applied to building materials like plywood, cinderblocks or concrete walls, PAXCON forms a mechanical bond with the substrate increasing its strength and ability to survive a catastrophic event like a bomb blast. In addition to its overall strength, PAXCON also has an elongation feature that allows it to flex and absorb the power of an explosion and may keep the substrate from collapsing.

For this test, the PAXCON team tested the U.S. version of PAXCON, PX-3350, and the European Union-certified version PX-3350 EU, and they both performed at the same level keeping the walls intact during bomb-blast tests. PAXCON is known worldwide as LINE-X's premier protective coating for blast mitigation and other military applications.

"For years, PAXCON has been relied upon by thousands of people to keep them safe from a bomb blast. This summer, we were able to further prove through a series of tests the extreme durability of PAXCON," said Steve Decker, vice president of business development. "During this test, we exposed PAXCON to very high-powered explosion and like previous testing we've done, it performed perfectly. This is an absolute must-have product for any government or commercial organization looking to provide an exceptional level of protection. The threat of an attack is real and we are ready to help provide an added level of protection to keep people safe."

PAXCON by LINE-X will be on display at the Association of the U.S. Army (AUSA) Annual Meeting and Exposition October 8-10 at the Walter E. Washington Convention Center in Washington D.C. in Booth #3748. The show provides military and industry personnel access to professional development, connection building, and the opportunity to experience a large display of military technologies.

PAXCON by LINE-X, a division of IXS Coatings, is a military-grade polyurea protective coating designed to provide superior protection from explosions. PAXCON was recently put through extensive blast-testing equivalent to a car bomb explosion and proved itself as an extremely effective solution for maintaining structural integrity and reducing the effects of flying debris following a high-powered explosive detonation.

CONTACT: For more information or to schedule an interview with an IXS Coatings Engineer at the AUSA Annual Meeting and Exposition, contact media@isxcoatings.com or call 310-374-6177.