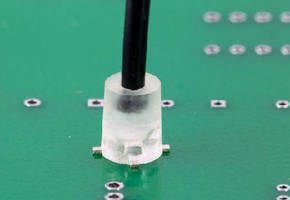 The SMTV01 series is part of Bivar's popular 2mm flexible light pipe system, allowing light to travel distances from a few millimetres to 100 metres. The system includes a wide range of lens faces for panel-mount.

Bivar, Inc. is a leading specialty manufacturer of enclosure hardware, LED indication, and LED lighting products and solutions that enhance the value of high technology.

IRWIN Industrial, an authorised distributor of Bivar, was established in 1970 and is an ISO9001:2008-registered supplier of electro-mechanical components and fasteners with warehouses in Alberta, Ontario, Quebec and New York.