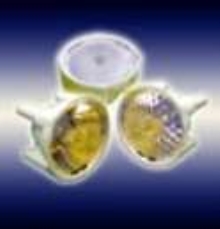 "We have listened to our customers and have created a complete plug-and-play LED light engine system," said Taylor Adair, Lamina Ceramics' president and CEO. "Our new high efficiency optics and holders provided by Fraen - along with our EZ connector and wiring harness - make assembly and electrical connections for the BL-4000 series easier than ever."

Jim Anderson, Lamina's vice president of marketing, noted enthusiasm by the lighting industry for the BL-4000 line coupled with customer demand for easy connectivity and a versatile optical system sparked the partnership with Fraen Corporation. "We designed into our BL-4000 LED light engines superior compatibility with emerging industry standards for drivers and optics," noted Mr. Anderson. "Now, Fraen has done outstanding quality work in designing and manufacturing high efficiency optics and holders. Plus, our EZConnect boards are available separate or soldered to our BL-4000 RGB+ and white light engines and have a connector attached. It's a total lighting system with no soldering required."

The Fraen optics are available in narrow (10-15 deg.), medium (30 deg.) and wide (45 deg.) beam distributions. Each features a software-optimized aspheric profile combined with a front-shaped micro lens. The high collection efficiency reaches 85% of the total flux generated by BL-4000 light engines, with the holder providing the proper relative placement between the lens and light engine.

The optics are assembled in holders which are designed to attach to Lamina's new EZConnect attachment board using epoxy or silicone adhesive, making assembly and electrical connections easier than ever. BL-4000 light engines are designed for popular drive currents, feature integrated protection from electrostatic discharge (ESD), and an isolated metal base.

Lamina introduced the BL-4000 line of LED light engines in May. Smaller than a U.S. nickel, the round footprint of the 120-lumen LED arrays results in a less complex optic design, providing greater compatibility with a wider variety of luminaires. These tiny but powerful light engines can be used individually, or chained together in series or parallel circuits.

The RGB (red-green-blue) model in this series, capable of producing any of 16 million blended colors - including white - was awarded "Best Technical Innovation," a top honor, and was also judged "Best New LED Product" at LightFair International 2005, the world's largest architectural and commercial lighting trade show and conference. Its three color channels can be independently controlled, mixed and are fully-dimmable. The BL-4000 RGB+ also has scores of applications in architectural lighting, signaling and signage.

The BL-4000 white light engine provides a daylight color temperature of 5,550°K with a color rendition index (CRI) of 78, rivaling the quality of natural sunlight. Also fully-dimmable, it is extremely long-lived, and is therefore suitable for many architectural lighting applications, desk/task lamps and machine vision, as well as for flashlights.

About Lamina Ceramics, Inc.
Founded in 2001, Lamina Ceramics defines the state of technology in the development and manufacture of super-bright LED arrays. Lamina's LED packaging technology and design with its proprietary multi-layer ceramic on metal packaging provides unsurpassed thermal management and interconnectivity. Lamina's technology was twelve years in development by Sarnoff Corporation.