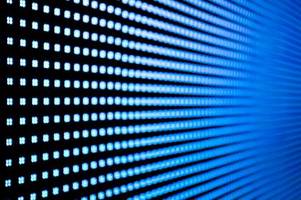 As digital signage and media façades are installed outdoors, the display size can range up to several hundred inches, which requires a much higher level of technology and reliability than found in television sets. For LED panels used in digital signage, about 1,000 LEDs per square meter are used. This results in a situation where the capability of the LED driver must be doubled or even tripled for the most cost-effective scenario. For example, compared with existing LED drivers in the market capable of controlling 12-channel or 16-channel LEDs, MagnaChip's new Mini LED Driver for digital signage is able to drive 36-channel LEDs concurrently, featuring high density, reduced energy consumption and more efficient product designs.

The Mini LED Driver uses 12 Bit Grayscale PWM (Pulse Width Modulation) to enable the 4,000-step PWM control and a sophisticated LED current control. It also provides 64-step output current control, which enables not only detailed graphic representation, but also accurate depictions of a variety of pictures and images according to the brightness of the contents.

"MagnaChip's multi-channel LED driver features high efficiency, high contrast, low temperature heat and highly reliable surge voltage characteristics, bringing the benefit of both energy and cost reduction to the entire ecosystem of customers in the long term," said YJ Kim, CEO of MagnaChip.  "MagnaChip is planning to extend the product line for the fast growing segment of digital signage by developing products with an extension of channels and Micro LED Drivers with a high accuracy of LED current based on our new 36 Channel LED Driver," he continued.

MagnaChip is a designer and manufacturer of analog and mixed-signal semiconductor platform solutions for communications, IoT, consumer, industrial and automotive applications. The Company's Standard Products Group and Foundry Services Group provide a broad range of standard products and manufacturing services to customers worldwide. MagnaChip, with over 30 years of operating history, owns a portfolio of approximately 3,100 registered patents and pending applications, and has extensive engineering, design and manufacturing process expertise. For more information, please visit www.magnachip.com. Information on or accessible through, MagnaChip's website is not a part of, and is not incorporated into, this release.