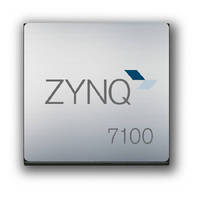 
Sercos International, provider of the Sercos® automation bus, announced the availability of the Sercos III IP Core for Xilinx 7 series FPGAs and devices of the Zynq SoC family.

The IP core is available for Sercos III master and slave controllers (SERCON100M/S) for automation devices. It includes all hardware functions, such as timing, synchronization and processing of cyclic and non-cyclic data on the basis of two integrated Ethernet MACs. Sercos III master and slave devices can be implemented as a single chip solution using either Xilinx Artix®-7 FPGAs, other FPGAs of the 7 series or Zynq SoC devices, which integrate an ARM® dual-core Cortex™-A9 processor.

Sercos International is an association of users and manufacturers that is in charge of technical development, standardization, certification and marketing for the Sercos automation bus. Conformance tests guarantee that Sercos implementations are standard-compliant, ensuring that devices from different manufacturers can be combined. Based in Germany, the organization presently has more than 90 member companies located around the world and has national liaison offices in North America and Asia.

The SErial Realtime COmmunication System, or Sercos, is one of the world’s leading digital interfaces for communication between controls, drives and decentralized peripheral devices. Sercos has been used in machine engineering for approximately 25 years and is now implemented in over 5 million real-time nodes. With its open, manufacturer-independent Ethernet-based architecture, Sercos III is a universal bus for all automation solutions.
Share