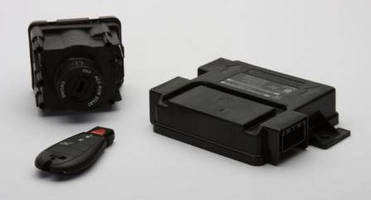 This system is also leading the industry in reducing risks associated with Radio Frequency (RF) interference by utilizing multiple frequencies.  In-vehicle wireless communication systems have grown exponentially in the last few years, particularly since the Federal mandate of Tire Pressure Monitoring systems in 2007.  With such wireless communication growth comes an increase in risk of RF interference.  The use of multiple frequencies in this system ensures RKE functionality in the event one of the frequencies is unavailable.

This technology change is transparent to vehicle owners as there is no discernible change to the RKE key fob layout or performance - the transmitted commands are received by a single smart receiver/ECU that processes information from the RKE fobs, and also the temperature and pressure signals sent from the transmitters located in the TPMS sensor units in each individual tire. The integrated ECU decodes the signals to activate the lock/unlock function for vehicle doors and the trunk, and provides tire pressure warning information to the driver in the same way as conventional RKE and TPMS receivers.