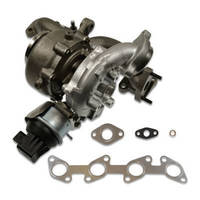 The highlight is the addition of 12 new turbocharger SKUs, including both new and remanufactured units for gasoline applications. Other notable additions include 3 diesel fuel injectors, 4 power door lock actuators, and 11 fuel vapor canisters with coverage for 3 million VIO.

Commenting on the release, Phil Hutchens, Vice President Engine Management Marketing, SMP, stated, "Our latest new item release demonstrates our continued commitment to key categories such as switches, sensors, and turbochargers. We're excited to supply our customers with the quality and coverage they demand."