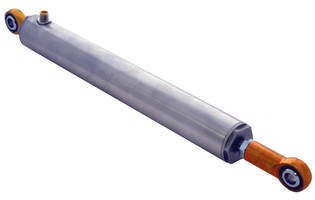 The ILPS-45 series uses a proprietary inductive technology that allows it to replace traditional DC-LVDTs in most applications. Its simple coil design permits the sensor to be both shorter and more rugged than its DC-LVDT counterpart while operating over a wider temperature range. The ILPS-45 series is available with optional mounting flanges, rod eye ends, connector or cable terminations, and a captive connecting rod assembly that cannot break loose. The SenSet™ range adjustability feature allows the user to scale the sensor's zero and full span output to the actual range of motion of the workpiece being measured after the sensor is installed.

Operating from a variety of DC voltages, the ILPS-45 series offer a choice of four analog outputs and all include TSC's proprietary SenSet™ field recalibration feature.

About The Sensor Connection

The Sensor Connection a division of Harold G. Schaevitz Industries LLC is an American company whose management has a combined experience of over 50 years in the sensor industry. We have a technically trained staff to help you select the ideal sensors for your application. Our core product offering includes Exhaust Gas Thermocouples (EGT) Probes, Thermocouples, RTDs, Linear Position sensors, Rotary Position sensors, Pressure sensors and switches. In addition to our standard products, we have capabilities to design and build custom products to suit your specific application. Major markets served include Motorsports, Marine, Heavy Vehicle, R&D Test labs, Power Generation, Military, and Industrial Manufacturing Assembly & Test.