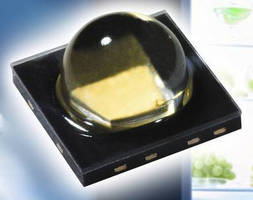 Able to be used where large fluctuations in temperature are present, OSLON Black Series is constructed with metal lead frame that promotes thermal stability and black molded package that conceals additional ESD protective diode. It uses 1 mmÂ² chip; comes in all colors, including warm white; and features lens with 90Â° beam angle. Respectively, LED produces 115 and 250 lm typ at 350 mA and 1 A operating current. Thermal resistance is 6.5 K/W, and color temperature is 6,500 K.

OSRAM Opto Semiconductors has added the OSLON Black Series to its popular OSLON LED family. The first member of the new series has a metal lead frame, a compact package and a tried-and-tested lens design. The LED can be used wherever there are large fluctuations in temperature and a large amount of light is needed from a small area.

The black molded package of this high-power LED ensures a high level of stability. Not only does the thermal coefficient of expansion of the molding material precisely match the coefficient of expansion of the boards, but there is also an ESD protective diode concealed in the molding. Thanks to the high output efficiency in the black package, there is no need for additional reflectors. The materials have been chosen so that even large fluctuations in temperature do not have an adverse effect on reliability or on the life of the LED (approx. 50,000 hours). Another benefit of the new OSLON LED is its low thermal resistance of 6.5 K/W, which again is due mainly to the metal lead frame.

Like other OSLON LEDs, the OSLON Black Series has a lens with a 90° beam angle and produces a typical brightness of 115 lm at an operating current of 350 mA and a color temperature of 6500 K. By increasing the operating current to 1 A, it is able to achieve a brightness of 250 lm. The LED uses a 1 mm² chip and is available in all colors, including warm white. The OSLON Black Series solder pad is compatible with the other LEDs in the OSLON product family.

There are many possible applications for this new LED including signal lights, interior lighting for refrigerators, and lighting for train, planes, automobiles, and industrial designs. This LED really shows its strengths wherever high thermal stability, performance and brightness are needed. 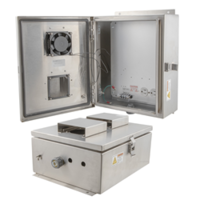 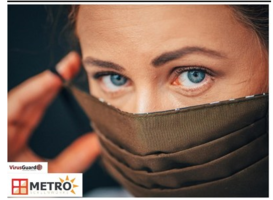