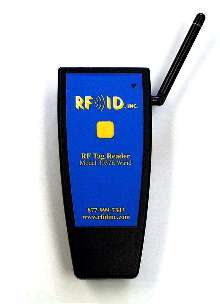 Model 3037E-WL is for use with 125 KHz tags, transmitting at 916 MHz. Used in conjunction with wireless base receiver, it can function with RFID chips from Sokymat, Atmel/Temic, EM, and Philips. Operating on 9 V battery lasting 3 days, reader wirelessly transmits data and receives confirmation of receipt from base station in form of blinking LED and vibration. Unit is splash and rain proof.

Used in conjunction with RFID's wireless base receiver, measuring only 1"x2", the Model 3037E-WL can function with 125 KHz RFID chips from Sokymat, Atmel/Temic, EM, and Philips, as well as RFID, Inc.'s own set of proprietary chips.

Operating on only a 9 volt battery lasting 3 days, the Reader wirelessly transmits read data 150' away then receives a confirmation of receipt from the base station in the form of a blinking LED and vibration.

Company spokesman indicates several hundred have been ordered prior to its June 2003 release with a pending forecast for hundreds more, as four OEM's have private labeled the product family to date. The first Base Station version had been integrated into a Dap Technologies Model 5320 Hand Held PC. The Base Station is also available in stationary format. Reader is available with custom labels for private labeling. 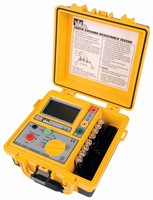 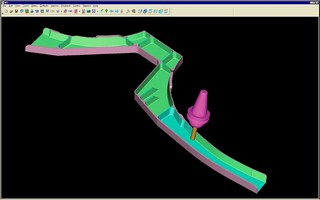 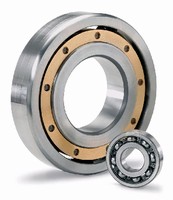 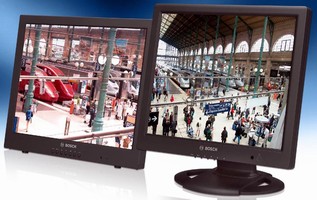