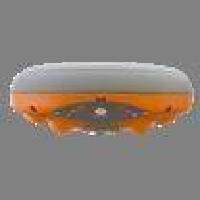 According to Altus CEO Neil Vancans, the new Altus APS-NR2 provides an unprecedented combination of performance and features that make it ideal for a wide range of applications:

Superior RTK performance – You’ll get unprecedented fix reliability, even in the most difficult conditions.

Lightning fast – Waste no time making connection to the Ntrip server – over 30 percent faster than other systems.

Supercharged – Work around the clock with hot-swappable batteries. Recharge from any USB port.

Unlimited flexibility – It works on virtually all RTK networks.

Built-in Wi-Fi – Configure and monitor the unit and stream data directly to your own tablet.

'“We designed the APS-NR2 specifically with the end user in mind,” said Vancans. “The result is a dramatic improvement in productivity and less downtime in the field.”

“The APS-NR2 raises the bar and sets a new standard for the state-of-the-art in high-precision surveying and geolocation to meet the changing demands of the marketplace,” he added. “At the same time, we are leveraging the power and convenience of mobile tablet platforms to give the user unlimited flexibility in capturing and processing RTK data for all types of GIS and survey applications.”

Founded in 2006, Altus Positioning Systems provides high-precision GNSS surveying equipment through an international network of sales representatives in key countries around the world.  Based in Torrance, Calif., Altus is a part of the Septentrio group of companies and has primary responsibility for positioning systems in the surveying and GIS business sectors. For more information, visit www.altus-ps.com.