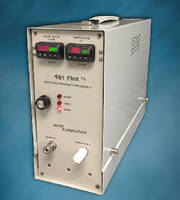 
KIN-TEK is proud to announce the 491Flex™ Calibration Gas Standards Generator which is an update of the very popular 491M manual system. The 491Flex™ uses permeation (or diffusion) tubes as the component compound source for creating very low concentration mixtures.

The 491Flex™ retains the modular construction and expandability of the 491M, but replaces the analog controls with the same controls developed for our computer controlled FlexStream™ system. Accuracy and precision are thus maintained throughout the main product line (FlexStream™, new 491Flex™, and EcoFlex™). Product differences include automation, parameter readability and expandability.