The first applications, according to Grant McClure, Interscan's Manager of Special Projects, will be in sterile processing departments (SPD) and bio-decontamination. "Over the last year, we have seen a heightened interest from health care people in measuring hydrogen peroxide. We are pleased to respond with a brand-new product line," he said. "The new systems are a perfect complement to our ethylene oxide monitors, a mainstay of SPD areas for more than 20 years."

Although hydrogen peroxide is familiar, and is in common use as a household antiseptic in a 3% solution, higher concentrations can be hazardous and are quite corrosive. The allowable levels of the compound as a gas in ambient air are low: OSHA has set its Permissible Exposure Limit (PEL) at 1 ppm on an 8-hour time-weighted average. According to the International Agency for Research on Cancer (IARC), there is limited evidence in experimental animals for the carcinogenicity of hydrogen peroxide.

With a minimum detectability of 0.05 ppm, quick response time, excellent interference rejection (full data available on the company's website), and full scale ranges up to 0-1000 ppm, the new hydrogen peroxide analyzers are set to take on monitoring requirements in health care and beyond. 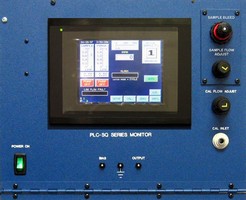 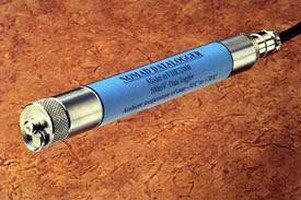 Data Loggers are optimized for resolution and capacity.