The 9-watt (W) Toshiba TIM1314-9L features high power output of 39.5 decibels relative to 1 milliwatt (dBm) at a frequency range of 13.75 to 14.5 gigahertz (GHz), compared to the 14.0 to 14.5GHz range of typical Ku-Band FETs. The TIM1314-9L is ideal for use in Block Upconverter modules in Ku-Band transceivers for Very Small Aperture Terminals (VSAT). The device is offered in the 9.7mm x 17.0mm package used for Toshiba's 2W, 4W, 7W and 14.0 to 14.5GHz 9W Ku-Band GaAs FETs, enabling the TIM1314-9L to be used as a drop-in replacement for these devices to increase power output or frequency range in existing designs.

Toshiba's 30W TIM1314-30L is the highest power device of its class currently offered for the solid-state power amplifier (SSPA) market with a power output of 45.0dBm (typ.), and now supports a broader frequency range than Toshiba's previous 30W Ku-band FET. The new device is designed for high power SSPAs used in earth or base stations for satellite communication applications such as those used as replacement for Traveling Wave Tube Amplifiers (TWTA).

"Toshiba has been a recognized leader in advanced technology for internally matched, high power GaAs FETs for C-band and Ku-band since the late 70s. We have been working closely with our OEM customers to continue to advance the technology for this market, and these extended Ku-band devices have been developed in response to customer demand to meet varying bandwidth requirements worldwide," said Christine Lee, business development manager, Microwave Devices, for TAEC.


Toshiba's Ku-Band GaAs FETs for satellite communications are RoHS-Compatible(1), which means they are intended to meet the requirements of the European Union's Reduction of Hazardous Substances (RoHS) Directive(2), scheduled to take effect July 1, 2006.

TAEC is an independent operating company owned by Toshiba America, Inc., a subsidiary of Toshiba Corp. (Toshiba), Japan's second largest semiconductor manufacturer and the world's ninth largest integrated manufacturer of electric and electronic equipment. In more than 130 years of operation, Toshiba has recorded numerous firsts and made many valuable contributions to technology and society. For additional company and product information, please visit TAEC's website at chips.toshiba.com. For technical inquiries, please e-mail Tech.Questions@taec.toshiba.com.

All trademarks and tradenames held within are the properties of their respective holders.

(1) RoHS-Compatible -- Toshiba Matsushita Display Technology Co. Ltd. defines "RoHS-Compatible" LCD products as products that either (i) contain no more than a maximum concentration value of 0.1% by weight in Homogeneous Materials(3) for lead, mercury, hexavalent chromium, polybrominated biphenyls (PBBs), and polybrominated diphenyl ethers (PBDEs) and no more than 0.01% by weight in Homogeneous Materials for cadmium, or (ii) fall within one of the stated exemptions set forth in the Annex to the RoHS Directive.

(2) RoHS Directive -- Toshiba Matsushita Display Technology Co. Ltd. defines the "RoHS Directive" as the Directive 2002/95/EC of the European Parliament and of the Council of 27 January 2003 on the restriction of the use of certain hazardous substances in electrical and electronic equipment.

(3) Homogeneous Materials -- Toshiba Matsushita Display Technology Co. Ltd. defines "Homogeneous Materials" to mean a material that cannot be mechanically disjointed into different materials. The term "homogeneous" is understood as "of uniform composition throughout," so examples of "Homogeneous Materials" would be individual types of plastics, ceramics, glass, metals, alloys, paper, board, resins and coatings. Toshiba Matsushita Display Technology Co., Ltd. defines the term "mechanically disjointed" to mean that the materials can, in principle, be separated by mechanical actions such as unscrewing, cutting, crushing, grinding or abrasive processes. 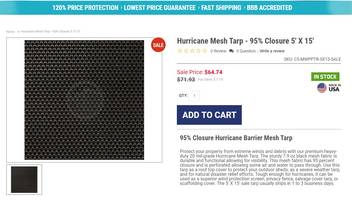 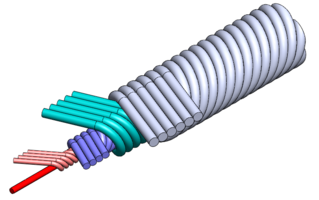 New DesignWare USB4 IP Solution Operates at up to 40 Gbps