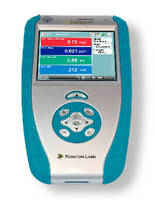 
Many links between hydraulic fracturing or "fracking" to contamination of groundwater and drinking water supplies have recently been discovered. There are a number of chemicals that are used in fracking - some of them are relatively non-toxic while others are highly toxic. The composition of fracking fluid is also widely variable but all fracking fluids have some components in common. According to EPA documents, the following constituents were detected in all tested fracking fluid samples: barium ion, benzene, boron, chloride ion, ethyl benzene, gross beta (radioactive beta particle emission), naphthalene, nickel ion, sulfate ion, toluene, total xylenes, TMB, and TEPH. Many of these constituents were detected in all tested produced water (i.e., underground water brought to the surface during drilling and then often used for fracking). Some of these constituents occur naturally in groundwater but may be found at far higher and thus toxic concentration levels in water that has been contaminated by fracking.

Water analyses performed by commercial contract laboratories are expensive and require trained chemists. The problem is that drinking water should be monitored on a regular basis. Until recently, the only option for monitoring drinking water on a regular basis has been to use fracking test kits that involve messy, complicated, time-consuming procedures. The toxic chemicals used in many fracking test kits must be properly disposed of which is a hidden complication and additional expense.

The Fracking Kit consists of a LabNavigator (required for all measurements), a full-range heavy-duty pH Sensor, a Turbidity Sensor, a Conductivity Sensor and a clear-language informative user's guide for the non-chemist. It works by simply connecting one or more of the sensors to the LabNavigator, ensuring the accuracy by using one of the included non-toxic standards, dipping the sensor into a sample of well water and pressing a button which stores the test results for future use. The digital readout on the LabNavigator shows the results in an instant.