SUNNYVALE, Calif. -- Trimble (NASDAQ: TRMB) announced today an update to its ThingMagic® Micro and Micro-LTE, embedded UHF RFID modules in the ThingMagic Mercury® 6e Series. The firmware update allows for autonomous operation by enabling hardware read triggers and savable configuration settings in the module. It eliminates the need for users to write and run MercuryAPI development code and simplifies the process of building RFID-enabled products.

Customers currently using the Micro and Micro-LTE modules in their existing RFID products need to use ThingMagic's MercuryAPI to write applications to control the module. The MercuryAPI supports Java, .NET and C programming environments. The MercuryAPI Software Development Kit (SDK) contains sample applications and source code to enable developers to get started demonstrating and developing functionality. With the firmware update, users can now save configuration settings such as RF power, duty cycle, read triggers and which antennas to search on, among many others. This allows prospects, who have not previously used ThingMagic modules and written code to the MercuryAPI, to build RFID finished readers more easily.

"With this new firmware update we are continuing our mission to invest in making our products easier to use," said Michael Klein, director of customer support and system engineering for Trimble's ThingMagic Division. "The module is configured one time to stream data using a new Autonomous Configuration Tool and users don't have to write code in order to obtain that functionality. This codeless integration lowers the supporting hardware requirements, allowing the modules to be used in a wider range of products with less development effort."

In addition, the Micro and Micro-LTE can now be configured to start reading and outputting tag data on power up or on change of state of a general purpose input (GPI) line. The new saved settings options can be configured using the MercuryAPI or using the new Autonomous Configuration Tool.

"This new functionality can enable prospects who want to design using RFID modules a way to expand into new markets by getting their readers up and running with minimal configuration," said David Emma, vice president of sales, marketing and engineering for Trimble's ThingMagic Division. "Prospects can now build and operate a complete RFID solution at a lower cost by using less development resources. This makes the update a great option for new customers who want to plug a reader into an existing solution and implement it quickly but couldn't do so previously due to lack of development resources."

The Micro and Micro-LTE with autonomous operation is suited for prospects who have an existing platform that cannot accommodate the use of the MercuryAPI but want to implement an RFID solution. Additionally, this mode of operation results in decreased power consumption because the "read on power up" mode allows the reader to only consume power when it is on. There is no power consumption if the device is off, making it an ideal solution for a battery-operated device such as a handheld reader.

The Micro and Micro-LTE module firmware update is available now. For information on pricing and volume discounts, please contact ThingMagic sales at:  sales@thingmagic.com or +1-866-833-4069. International calls +1 617-499-4090. You can learn more about the Autonomous Operation Configuration Tool by viewing our User Guide.

Trimble's ThingMagic Division is a leading provider of UHF RFID reader engines, development platforms and design services for a wide range of applications. ThingMagic develops products for demanding high-volume applications and provides consulting and design services to create solutions for challenging applications. ThingMagic's customers include some of the world's largest industrial automation firms, manufacturers, automotive companies, retailers and consumer companies. Located in Woburn, Massachusetts, the ThingMagic business was founded in 2000 by a group of visionary PhD graduates from Massachusetts Institute of Technology's Media Lab. ThingMagic is "The Engine in RFID(TM)".

Trimble applies technology to make field and mobile workers in businesses and government significantly more productive. Solutions are focused on applications requiring position or location--including surveying, construction, agriculture, fleet and asset management, public safety and mapping. In addition to utilizing positioning technologies, such as GPS, lasers and optics, Trimble solutions may include software content specific to the needs of the user. Wireless technologies are utilized to deliver the solution to the user and to ensure a tight coupling of the field and the back office. Founded in 1978, Trimble is headquartered in Sunnyvale, Calif. 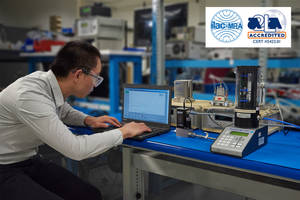