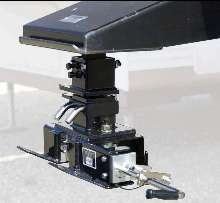 Turning Fifth Wheel Towing Upside Down Traditional fifth wheel in-bed hitches may be the tried and trusted way to haul a trailer, but they have one big disadvantage. Who wants to pay $45,000 for a great new truck and then not be able to use it as a pickup? The Putnam Freedom Fifth Wheel System eliminates this situation, moving the fifth wheel hardware from the truck onto the trailer itself. The inverted fifth wheel hitch is connected, upside down, onto the trailer's pin box. Add Putnam's removable kingpin adapter; back the truck into position and the Freedom Inverted Fifth Wheel couples up just like a conventional fifth wheel. Further, with the Freedom System your truck can also be converted almost instantly from a fifth wheel to a gooseneck hitch for hauling a horse or race trailer. Not to be confused with existing kingpin adapters, with the innovative design of the Freedom Hitch, the point of leverage essentially remains the same as in a regular fifth wheel assembly. An extensive battery of independent testing has demonstrated that when the Freedom System is employed, there is no overloading of the pin box assembly. The Freedom Gooseneck/Fifth Wheel System is available from Putnam Hitch Products directly, as well as from dealerships throughout the country. For more information call 1-800-336-4271 or visit www.putnamhitch.com.