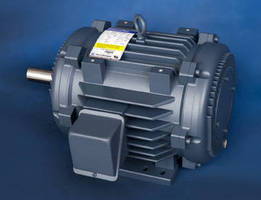 
By using low-cost ferrite magnets in an innovative flux-focusing design, NovaTorque motors deliver the superior efficiency of rare-earth permanent magnet motors at a price that is competitive with induction motors in a power range of 2hp to 10hp

“NovaTorque’s new 7.5hp and 10hp versions, driven by variable frequency drives, boast motor-only rated point efficiency of over 94 percent, a full 3 point advantage over NEMA Premium induction motors. That advantage grows under partial load, as is the case in variable speed fan applications, with typical efficiency improvements ranging from 5% to 15%. In a high duty cycle 10hp fan application in an average cost-of-power area, annual energy cost savings can exceed $300”, says Scott Johnson, NovaTorque’s Vice President of Sales. “The advantage is even more dramatic when compared to the current installed base of induction motors, where efficiency improvements of 20 percent or more are achievable,” continues Johnson.

NovaTorque Electronically Commutated Permanent Magnet motors reduce motor losses (wasted energy) by 30% to 50%. In typical variable speed fan applications that translates into a 5% to 15% energy savings when compared to NEMA Premium induction motors – and much greater savings when compared with the current installed base. Importantly, NovaTorque motors have been designed to compete on a first cost basis with induction motors, providing a rapid payback on the modest price premium.

Based in Fremont, CA, NovaTorque is a producer of electronically commutated permanent magnet electric motors. The Company is dedicated to delivering the superior energy efficiency of permanent magnet motors at price points more comparable to the common AC induction motor. NovaTorque accomplishes this through an innovative, flux-focusing, design that allows for the use of ferrite rather than rare-earth magnets. The Company is an active member of the Air Movement and Control Association (AMCA) and National Electrical Manufacturers Association (NEMA).