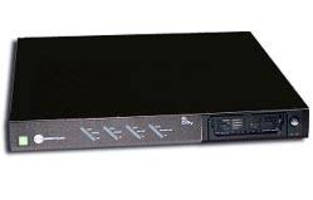 DGy codecs offer JPEG2000 compression to achieve almost lossless recording. This wavelet-based codec provides results superior to more common DCT based compression schemes. The codec captures and compresses computer imagery, radar, sonar, FLIR, X-Ray and HD video at up to 1920 x 1200 resolution at 30 frames per second in real time. It delivers high fidelity reproduction of the most intricate details in any image.

Users can upgrade the existing DGy 201x model to add higher resolution recording capability. A factory-installed option is available which provides the same capabilities as the new DGy 201HD.

RGB Spectrum® is a leading designer and manufacturer of videographic and multimedia hardware subsystems. Products include the View(TM) family of video windowing systems, the RGB/Videolink® line of scan converters, The Linx® DVI Matrix Switcher, the DGy(TM) digital recording system, and SuperWall(TM), ComputerWall® and MediaWall® multi-screen display controllers. RGB Spectrum is based in Alameda, California, and can be reached at 510-814-7000 and on the internet at www.rgb.com.
Share