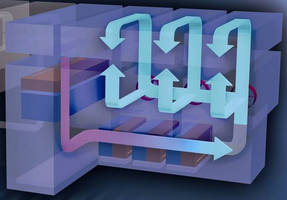 Depending upon the length of the system, the cooling area in the VisionXP is laid out in 2, 3 or 4 stages. The fans in the individual zones, which are available with separate speed/volume control, can cool even lead free processed PCBAs to below 50° C. The system also thereby provides precise cooling gradients that are critical to reduce thermal stress and resulting board twist and warp.

Rehm Thermal Systems, celebrating their 20th anniversary this year, continues to develop advanced thermal solutions for the most difficult electronics assembly applications. With thousands of reflow ovens in operation throughout the world, Rehm also remains the only single source for both convection and condensation soldering systems in the world.

About Rehm Thermal Systems
Rehm Thermal Systems (www.rehm-group.com) is an international supplier to the photovoltaic and electronics industries, specializing in curing, drying and firing technologies as well as convection and condensation soldering. Rehm operates vertically integrated manufacturing facilities in Germany, China, and Russia, and technical support facilities throughout Europe, Asia and North America.