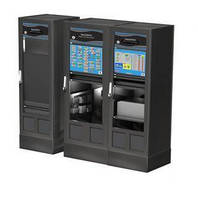 Used to close oil and gas wells in emergency, SeaONYX BOP Surface Control System incorporatesÂ Mark VIe architecture, which provides obsolescence management and enables components to be hot swapped while system is running.Â System’s Engineering Workstation is based on Proficy Historian software, which collects and archives data at high speeds, sending it to electronic archive. Software also enables future applications that may include advanced monitoring, diagnostics, and predictive analytics.

Blowout preventers are critical pieces of subsea equipment that are used to close oil and gas wells in an emergency. Controlling the subsea equipment are dual redundant electronic control systems that typically are custom designs using components from multiple vendors. By using GE’s Mark VIe control components, the SeaONYX* BOP control system uses an industry accepted configuration that has been installed in more than 2,000 thermal, wind, hydro and nuclear facilities with more than 400 additional deployments every year. GE’s Mark Vle technology provides a large support network for the SeaONYX system’s hardware and software. A key feature of the new SeaONYX system is that it uses the same obsolescence management program in place for Mark Vle control system components worldwide.

“SeaONYX is a control system that helps to manage our BOPs in deepwater drilling operations. The development of the new system is an outstanding example of importing industry-leading technologies from other GE businesses into the oil and gass space,” said Chuck Chauviere, president of Drilling for GE Oil & Gas. “In this case, our customers will be benefitting from a control system solution that has a strong track record of success and high-level performance in the global power generation industry.”

A critical advance made by the SeaONYX system’s Mark Vle control platform is its inherent design for obsolescence management. The system addresses the industry-wide challenge of ensuring availability, especially for electronic components, for a product expected to operate for 20 years or longer. The SeaONYX system does this by using a standard footprint for the major components that will be used in future releases of Mark VIe hardware.

Another feature of the Mark Vle architecture is the ability to “hot swap” certain components while the system is running. When an individual component requires replacement, the rest of the system remains active while it is replaced. The new component will boot up, configure itself and typically come back online in a matter of minutes, increasing system availability.

The SeaONYX human machine interface software is based on GE’s WorkstationST* and GE Intelligent Platforms’ Proficy Cimplicity* tools. The interface is designed to smoothly integrate the touchscreen displays to provide an effective and efficient operator experience and enable the management of all system functions, alarms and events.

The SeaONYX system’s Engineering Workstation is based on Proficy Historian software, which collects and archives data at high speeds, sending it to an electronic archive. With its powerful compression algorithms, the Historian software enables easy and secure storage of data that can be used for cycle counts, data trending and other types of data analysis. The Historian forms the backbone of a powerful platform that will enable future applications that may include advanced monitoring, diagnostics and predictive analytics.

GE Oil & Gas is a world leader in advanced technologies and services with 37,000 employees in more than 100 countries supporting customers across the industry—from extraction to transportation to end use. Making the environment, health and safety, quality and integrity our highest priorities is The Way We Work. Our technologies and services include: surface and subsea drilling and production, monitoring and diagnostics, measurement and controls, large-scale LNG, pipeline compression and inspection, well site and industrial power generation, technologies for the refining and petrochemical industries, and modular CNG and LNG units for transportation sectors. Through our customized service solutions, training programs and technologies, GE Oil & Gas partners with customers to maximize their efficiency, productivity and equipment reliability; develop their next generation workforce; and fully benefit from the megatrends of natural gas, the growth of subsea and hard-to-reach reserves and the revolution in asset health management. Follow GE Oil & Gas on Twitter @GE_OilandGas.

*Trademarks of the General Electric Company.