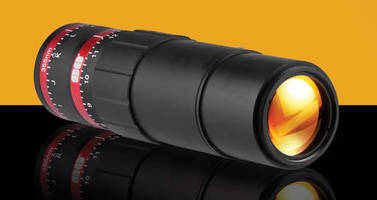 Edmund Optics® (EO), the premier provider of optical components, introduces a line expansion for their TECHSPEC® Variable Beam Expanders. These versatile beam expanders offer continuous magnification for high power laser applications where magnification changes may be required, including prototyping or research and development.

TECHSPEC Variable Beam Expanders are now available in 355nm wavelength with 2X - 8X magnification range  and are particularly suited for UV laser machining. This new model is in-stock and available for immediate delivery for fast turnaround and excellent value.