Just as an aggressive virus can cause illness in humans, the smallest particles can damage components and lead to malfunctions or, if used as system components, could even result in complete system failure. There are many reasons that such hazardous particles may be generated during production processes. In the automotive industry, particles are predominantly created by abrasion during assembly. DEPRAG Schulz GmbH has, therefore, developed their "CleanFeed" concept to prevent particle contamination of sensitive components which require a high standard of cleanliness during screw assembly.

Technical cleanliness is increasingly being introduced in a wide range of sectors and is becoming an important quality requirement for the whole process chain: from production to logistics to assembly. The trend toward miniaturization, as well as increased electronics and the greater use of new lightweight materials, is primarily responsible for this. On the one hand, components are more robust and efficient but on the contrary, they are also sensitive to even the slightest impurities.

An example of the consequences of miniaturization can be seen in injection systems: These must withstand increasing pressures and already small, they are becoming smaller and smaller in size, in places only a few micrometers. Micrometer sized, hard, metallic particles can block gaps causing continuous injection. This can affect the function of a motor enormously and lead to motor damage. In electronic components, even the smallest conductive particles can cause a short circuit. These problems are amplified using new materials such as carbon-fiber reinforced plastics (CFRP) whose particles are conductive.

There is a broad range of techniques and methods which can be employed to fulfill the increasing requirements for technical cleanliness in production processes. For example, processing steps involving components which are sensitive to cleanliness are relocated to cleanrooms and entry is only permitted to trained personnel wearing appropriate protective clothing; this should avoid any infiltration of particles from the outside. Also, components undergo extensive cleaning procedures, and creation of particles from abrasion during transportation is prevented by using fixed position and anti-static packaging.

The effort involved in the prevention of particle contamination should be rigorously and continuously maintained throughout assembly because it is here, in direct contact with components, that hazardous particles can be generated through abrasion. The risk is high that sensitive components may become contaminated by dangerous particles. The percentage of such components is high within the automotive and supplier industries where there is an increasingly tight focus on technical cleanliness during the assembly process.

The working assembly area may need to be designed as a cleanroom depending on the elements and its cleanliness requirements. An essential role is played by the components of the assembly system as hazardous dirt particles may first be generated during part feeding and the actual screwdriving process. Action must be taken to avoid, combat or reduce particle contamination to sensitive components and modules during these assembly steps.

The specialists in screwdriving technology and automation, DEPRAG Schulz GmbH, based in Amberg, Germany have developed a universal concept to meet these challenges: The CleanFeed concept. It is based on their specifically designed CleanFeed components, all of which are developed and manufactured on site at DEPRAG. The spectrum includes suitable feeding technology and appropriate screwdriving function modules through to equipment for the suction and extraction of dirt particles generated during assembly. The concept fulfills the requirements of technical cleanliness, avoiding, eliminating and reducing particles throughout the complete screwdriving assembly process.

Undesirable particles may also arise during screw separation. When using a vibratory spiral bowl feeder, for example, the connection elements are moved up the spiral path by pulsing vibrations. This constant vibration can cause parts to rub against each other and create abrasive contaminants, which are then transported into the feed system by the feed parts. Therefore, if there are high cleanliness requirements, a component friendly low abrasion feeding technology is an essential prerequisite for technical cleanliness in assembly. The DEPRAG CleanFeed concept sword feeder’s segment shaped sword arm lifts screws out of their supply hopper using a stroke movement generating hardly any friction. A sensor in the supply rail regulates the number of stroke changes required. If the operator is using parts, then the feeder will provide fewer parts. The screws slide along the mechanical rails using gravity and are already sorted by the time they reach the screw separator. A feed hose is then used to transport the connection elements to the screwdriving module. Incorrectly positioned elements are returned to the hopper.

Abrasion can however also be generated in the feed hose, primarily at the bends but also when tumbling through straight parts of the hose. DEPRAG has a solution for this as well, their particle killer, a low-cost, efficient vacuum source which captures and extracts residual dirt particles. As well as the inline version, which shoots the cleaned connection elements directly into the mouthpiece of the screw tool, they also have a Pick & Place version available which carries out suction cleaning at the pick-up position.

Now the actual screwdriving process begins. The handheld and stationary DEPRAG screwdrivers of the MINIMAT-EC-Servo series are specially designed to meet requirements for technical cleanliness in screwdriving assembly. Firstly, the screwdrivers are ESD capable (electrostatic discharge), which prevents deposits of airborne dirt particles caused by static electricity during construction.

Secondly, abrasion is reduced when the bit makes contact with the screw head. "When contact is made, the speed is reduced and then only increased once the correct bit position for screw assembly is established,” explains Graduate-Eng. Robert Bachmeier, Sales Manager for Germany at DEPRAG. The stationary screwdrivers can also be equipped with vacuum connections to extract residual dirt at the screw position. Spindle screwdrivers can be designed for use with under-floor screw assembly to avoid dust particles falling onto the screw position and contaminating components. "Therefore gravity can be used to meet technical cleanliness standards when assembling parts. Dirt deflectors or special suction equipment can also be used if required, for simple removal of fallen particles", says Bachmeier. All CleanFeed components, except the under-floor unit, are available in handheld or stationary design and satisfy cleanroom specifications in assembly (Avoidance of particles sized between 0.1 µm to 5 µm or 1 µm to 1000 µm).

With CleanFeed, DEPRAG offers a universal concept based on decades of experience and know-how in the sector of technical cleanliness. The company even supplied a renowned US manufacturer with screwdriving systems for the assembly of floppy disc drives in the 80s. The assembly specifications for that screw procedure complied with cleanroom requirements. The one-stop-shop: DEPRAG’s CleanFeed concept is a solution which guarantees optimal coordination between individual components and processes.

DEPRAG SCHULZ GMBH u. CO. based in Amberg/Germany was founded in 1931 and today has 600 employees and representatives in over 50 countries around the world. There are production facilities in Germany, the Czech Republic, and China as well as distribution and service companies in France, Sweden, the USA and the United Kingdom all providing support to their international clients around the globe. DEPRAG is gradually developing its market share through innovation and cutting-edge technology in the classic product lines of screwdriving technology, automation, air motors and air tools and is thereby increasing its market leadership. Exceptional precision and quality standards in production ensure the outstanding reliability of all products. Numerous renowned international companies have therefore chosen DEPRAG as their assembly partner. From standardized devices to customized individual designs, DEPRAG has solutions for a full spectrum of applications for complex assembly and production tasks – always with the focus on sustainability. DEPRAG quality management is certified according to ISO 9001:2008 and accredited to ISO 17025:2005 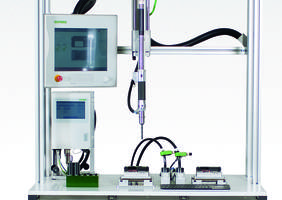 CleanFeed - The Universal Concept for Technical Cleanliness in Assembly 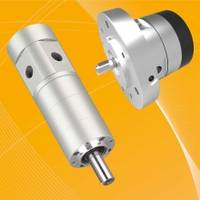 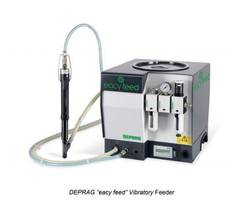