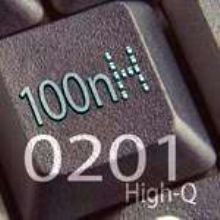 A major step forward in meeting the industry's continuing miniaturization trend in cellular phones, digital cameras, PDAs and other ultra-portable electronic devices, TAIYO YUDEN's industry-leading material science expertise and high-precision multi-layering techniques were key to the success of these efforts. Despite the inability of other suppliers to produce high-inductance values beyond 47 nH in 0201 size components, TAIYO YUDEN was successful in developing a finer-grade dielectric powder and thinning each individual inductive layer.

These developments, combined with recent advances in internal conductor patterning technology (super-fine printing), led to the formation of thinner, higher-precision conductors that enabled fabrication of more-compact layered structures. Further technical gains, now under development at TAIYO YUDEN, will further enhance the company's technology leadership and pave the way for the next generation of functional upgrades and size reduction of cell phones and other portable devices. Production capacity for both HK and HKQ series components is now at 100M units per month. For further information, call TAIYO YUDEN (U.S.A.), INC. or visit the company web site at www.t-yuden.com

About Q Factor:
Q-Value, or Quality-Factor, describes the degree of efficiency with which an inductor stores energy as a magnetic field. The higher the Q-Value the more effectively it operates as a filter. Q-Value is typically expressed as a numerical value in conjunction with a specific frequency. The excellent Quality factor of the HKQ Series is among the highest in the industry, with typical Q values ranging from 25 at 100MHz to 90 at 1GHz.