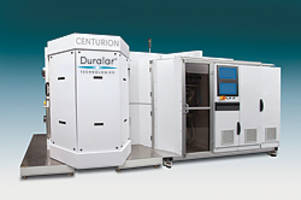 Duralar coatings and coating systems were first introduced in 2013. The new Centurion system has been completely redesigned to incorporate the company's latest control systems along with enhanced reliability. Next-generation software now provides an intuitive operator interface, more powerful and fine-tuned process control and streamlined machine operation. In addition, coating processes can be automated through recipes for easy transfer from Duralar's R&D center to customer sites around the world. The Centurion is designed for cost-efficient deposition of hard and decorative coatings on parts as large as one meter squared in volume production.

"The Duralar Centurion features a unique hybrid design that can use both physical vapor deposition (PVD) and plasma-enhanced chemical vapor deposition (PECVD) to produce coatings," explained Duralar CTO Tom Casserly, PhD. "This allows the system to apply our high-performance diamond-based Duralar coatings and also a broad range of conventional coatings such as CrN, TiN, TiCN, DLC and more."

The company's advanced Duralar coatings incorporate unique metal- and diamond-based nanotechnologies to produce unprecedented hardness, toughness and wear resistance as well as protection against corrosion and erosion. As a result of their unique molecular structure, the coatings maintain low internal stress and remain stable at high temperatures. Plus, Duralar's carbon content produces a naturally high lubricity, which reduces friction.

"Duralar Technology also allows us to create much thicker coatings -- and at a much faster rate," said Casserly. "Our special molecular diamond precursor enables us to create coatings using larger 'building blocks' that are already perfectly suited for high performance coatings. For example, a traditional DLC is deposited an atom or two at a time and takes upwards of 8 hours to complete a process containing only 1 micron of DLC, while Duralar technology enables us to deposit high quality DLC at a rate in excess of 2 microns per hour."

"And there's another important factor," added Casserly. "Duralar utilizes only environmentally benign processes, from pre-cleaning through the final step of the process. Unlike many of the previously used hard coatings, the Duralar deposition process requires no acids or other toxic or ecology-damaging materials."

Duralar coatings are composed of multiple layers which can be adjusted to tailor the coating properties for specific applications. These advanced hard coatings are used to enhance performance and extend the longevity of parts that are subject to heavy wear. Many Duralar applications can be found in industries such as automotive, oil & gas, aerospace, chemicals, mining, weaponry, textiles, food & beverage, medical and consumer products.

Duralar Technologies is a global nanotechnology company and developer of Duralar state-of-the-art high-performance coatings and coating systems. Headquartered in Tucson, AZ, the company specializes in advanced ultra-hard coatings that utilize molecular diamond as a primary building block. Duralar is now replacing hard chrome plating and other older generations of metal coatings in a broad range of industries and applications. Duralar Technologies was founded in 2013 by Andrew Tudhope, a Silicon Valley executive and entrepreneur with extensive experience in coating technology. In 2016, the company acquired ownership of Sub-One Systems, another hard-coatings equipment company. Also, Duralar Technologies Japan, Inc. was established, with Asian headquarters in Yokohama and an additional technology center in Nagasaki. For further information, please visit duralar.com. 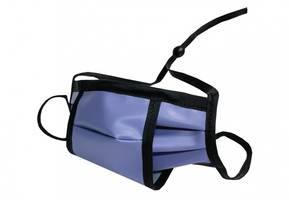 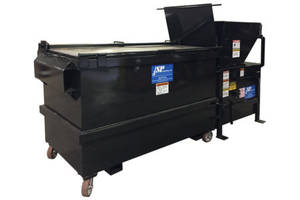 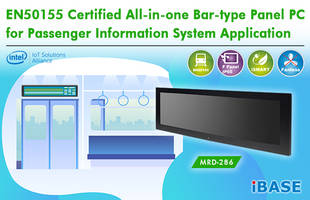